Become a Sponsor - get in touch with vds@ieeevis.org 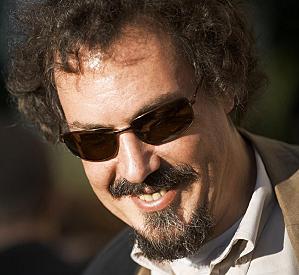 Jean-Daniel Fekete
9:05am~9:40am CDT
Keynote: Scalability with Progressive Data Science
Jean-Daniel Fekete, Université Paris-Saclay and Inria
https://www.aviz.fr/~fekete/
Abstract: Data science is making progress every day, thanks to the fast evolution of all its parts, such as databases, machine learning, simulation, and visualization. However, when it comes to the exploration of data resulting from analytical computations, I will explain why scalability remains an issue. The standard method for addressing scalability consists of adding more resources: more processors, more GPUs, more memory, and faster networks. Unfortunately, this method will not solve the scalability problem alone, because it does not solve the crucial issues of maintaining latency under critical limits to allow exploration, and of taming human attention during long-lasting computations. Data Science uses ad-hoc methods to try to address scalability, but I will show that they remain unsatisfactory. Progressive Data Analysis (PDA) emerged about a decade ago to address this scalability problem, showing promising solutions. I will demonstrate a few examples, such as the exploration of patient pathways at scale and high-dimensional data analysis. However, PDA is still lagging behind, and I will argue, this is mainly due to the domain boundaries coming from academic research. A roadmap is, therefore, necessary to progress towards a unified solution crossing these boundaries.


Bio: Jean-Daniel Fekete is a Senior Research Scientist at Inria, France, head of the Research Lab Aviz at Université Paris-Saclay and Inria. He received his PhD in Computer Science in 1996 from Université Paris-Sud (now Université Paris-Saclay). He was recruited by Inria in 2002 and became a Senior Research Scientist in 2006. His main research areas are Visual Analytics, Information Visualization, and Human-Computer Interaction. He published more than 150 articles in international conferences and journals, including the most prestigious in visualization (TVCG, InfoVis, EuroVis, PacificVis) and Human-Computer Interaction (CHI, UIST). He has been granted the IEEE VGTC Visualization Career Award 2020 and is a member of the IEEE VGTC Visualization Academy, and ACM SIGCHI Academy. He is a member of the Eurographics publication board, and Associate Editor in Chief of IEEE Transactions on Visualization and Computer Graphics. Jean-Daniel Fekete was the Chair of the EuroVis Best PhD Award Committee 2017-2021, the General Chair of the IEEE VIS Conference in 2014, the first time it was held outside of the USA in Paris, and the President of the French-Speaking HCI Association (AFIHM) 2009-2013. 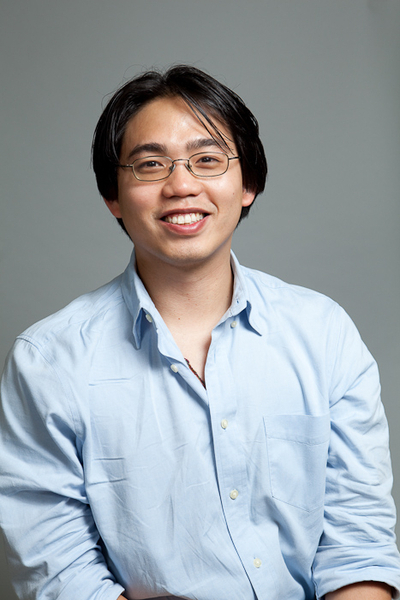 
Bio: Remco Chang is an Associate Professor in the Computer Science Department at Tufts University. He received his BA from Johns Hopkins University in 1997 in Computer Science and Economics, MSc from Brown University in 2000, and PhD in Computer Science from UNC Charlotte in 2009. Prior to his PhD, he worked for Boeing developing real-time flight tracking and visualization software, followed by a position at UNC Charlotte as a research scientist. His current research interests include visual analytics, information visualization, HCI, and databases. His research has been funded by the NSF, DARPA, the Walmart Foundation, Army, Navy, DHS, MIT Lincoln Lab, and Draper. He has had best paper, best poster, and honorable mention awards at InfoVis, VAST, CHI, and VDA. He is currently an associate editor for the ACM TiiS, and he is the papers chair for the IEEE Visual Analytics conference (VAST) in 2018 and 2019. He received the NSF CAREER Award in 2015. He has supervised 3 PhD students, co-supervised 5 PhD students, and mentored 3 postdoctoral researchers, some of whom became professors in Computer Science at Smith College, DePaul University, Washington University in Saint Louis, University of Maryland, the University of San Francisco, Bucknell University, San Francisco State University, and the University of Utrecht (Netherlands). 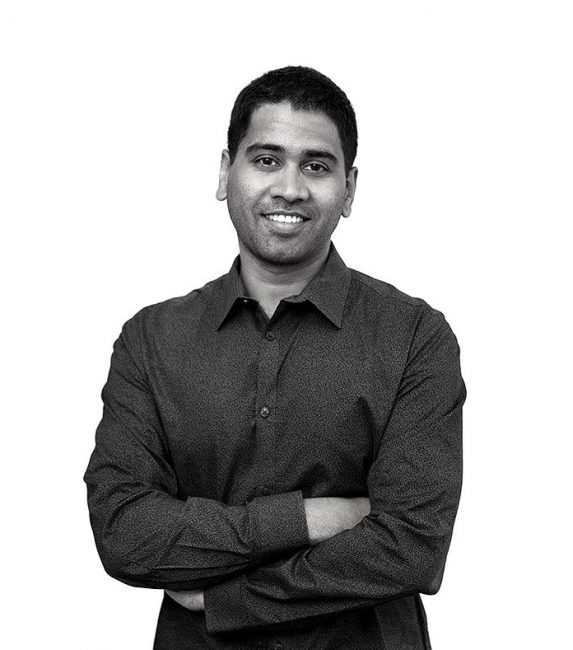 
Bio: Dr. Kalyan Veeramachaneni is a Principal Research Scientist at the Laboratory for Information and Decision System (LIDS) at MIT. He directs a research group called Data to AI in the new MIT Schwarzman College of Computing. His group focuses on building large-scale AI systems that work alongside humans, continuously learning from data, generating predictions and integrating those predictions into human decision-making. The group develops foundational algorithms, abstractions, and systems to enable these three tasks at scale. Algorithms, systems and open-source software developed by the group are deployed for applications in the financial, medical, and education sectors. Kalyan was the co-founder of PatternEx (acq. by Corelight), a cybersecurity company that adapts machine learning models based on real-time analyst feedback. He was also the co-founder of FeatureLabs (acq. by Alteryx), a data science automation company. He is currently a co-founder of DataCebo which focuses on improving data access and availability through synthetic data generation. Kalyan has published over 70 publications and his work on AI-driven solutions for data science and cybersecurity has been covered by major media outlets, including the Washington Post, CBS News, Wired, Forbes and Newsweek. He received his Masters in Computer Engineering and Ph.D in Electrical Engineering in 2009, both from Syracuse University. He joined MIT in 2009.

2:10pm~2:20pm
Break
2:20pm~3:00pm CDT
Paper Session
2:20pm~2:40pm CDT
PSEUDo: Interactive Pattern Search in Multivariate Time Series with Locality-Sensitive Hashing and Relevance Feedback
Yuncong Yu, Dylan Kruyff, Jiao Jiao, Tim Becker and Michael Behrisch
Abstract: We present PSEUDo, a visual pattern retrieval tool for multivariate time series. It aims to overcome the uneconomic (re-)training problem accompanying deep learning-based methods. Very high-dimensional time series emerge on an unprecedented scale due to increasing sensor usage and data storage. Visual pattern search is one of the most frequent tasks on time series. Automatic pattern retrieval methods often suffer from inefficient training data, a lack of ground truth labels, and a discrepancy between the similarity perceived by the algorithm and required by the user or the task. Our proposal is based on the query-aware locality-sensitive hashing technique to create a representation of multivariate time series windows. It features sub-linear training and inference time with respect to data dimensions. This performance gain allows an instantaneous relevance-feedback-driven adaption to converge to users’ similarity notion. We demonstrate PSEUDo’s performance in terms of accuracy, speed, steerability, and usability through quantitative benchmarks with representative time series retrieval methods and a case study. We find that PSEUDo detects patterns in high-dimensional time series efficiently, improves the result with relevance feedback through feature selection, and allows an understandable as well as user-friendly retrieval process.
2:40pm~3:00pm CDT
An Interpretable Neuron Embedding for Static Knowledge Distillation
Wei Han, Yangqiming Wang, Christian Boehm and Junming Shao
Abstract: Although deep neural networks have shown well-performance in various tasks, the poor interpretability of the models is always criticized. In the paper, we propose a new interpretable neural network method, by embedding neurons into the semantic space to extract their intrinsic global semantics. In contrast to previous methods that probe latent knowledge inside the model, the proposed semantic vector externalizes the latent knowledge to static knowledge, which is easy to exploit. Specifically, we assume that neurons with similar activation are of similar semantic information. Afterwards, semantic vectors are optimized by continuously aligning activation similarity and semantic vector similarity during the training of the neural network. The visualization of semantic vectors allows for a qualitative explanation of the neural network. Moreover, we assess the static knowledge quantitatively by knowledge distillation tasks. Empirical experiments of visualization show that semantic vectors describe neuron activation semantics well. Without the sample-by-sample guidance from the teacher model, static knowledge distillation exhibit comparable or even superior performance with existing relation-based knowledge distillation methods.
3:00pm~3:10pm CDT
Break
3:10pm~4:10pm CDT
Closing Keynote 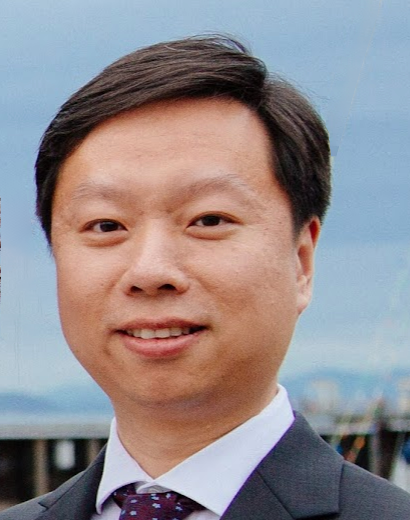 Leo Zhicheng Liu
3:10pm~4:10pm CDT
Keynote: Towards Scalable and Interpretable Visual Analytics
Leo Zhicheng Liu, University of Maryland College Park
https://www.zcliu.org/
Abstract: Knowledge discovery on large-scale complex data is challenging. Not only do we need to devise efficient methods to extract insights, we must also enable users to interpret, trust and incorporate their domain knowledge into the automated results. How do we combine data mining, machine learning, and interactive visualization to address this problem? In this talk, I will review related research projects in the context of exploring, summarizing, and modelling temporal event sequence data for various application domains. Through our investigation, we identify symbiotic relationships between automated algorithms and visualizations: data mining and machine learning techniques suggest salient patterns and predictions to visualize; visualizations, on the other hand, can support data analysis across multiple levels of granularity, uncover potential limitations in automated approaches, and inspire new algorithms and techniques. Reflecting upon past experiences, I will discuss challenges and opportunities in tightly coupling automated algorithms with interactive visual interfaces for effective knowledge discovery.
Recording: link. Password: 9DR=w2D*


Bio: Dr. Zhicheng Liu is an assistant professor in the department of computer science at University of Maryland. His research focuses on scalable methods to represent and interact with complex data, as well as techniques and systems to support the design and authoring of expressive data visualizations. Before joining UMD, he worked at Adobe Research as a research scientist and Stanford University as a postdoc fellow. He obtained his PhD at Georgia Tech. His work has been recognized with a Test-of-Time award at IEEE VIS, and multiple Best Paper Awards and Honorable Mentions at ACM CHI and IEEE VIS.